In the application environment of smart manufacturing, it is often necessary to feedback big data through environmental sensors to make judgments and corrections to the system. In these analog signals such as temperature, humidity, etc., sensor circuits with positive and negative power supply bias are required to do detection to avoid data distortion.

This article will discuss the reverse connection of the output of a buck converter, what precautions should be taken before it generates a negative output voltage, and analyze the differences in the converter circuit.

1. What is Negative Voltage

The following will briefly introduce two basic power converter topologies, as shown in Figure 1 and Figure 3, and a process description explaining why the output of a buck converter is reversed.

Figure 2 shows the reverse connection of the output of the buck converter. Since the ground is moved to the original position of the positive end of Vo, the circuit structure of the output end is forced to change.

Figure 3 shows the position where the ground is connected back to the negative terminal of VO in Figure 2. After the internal components are changed, the structure is the same as the basic buck-boost converter circuit topology. In addition, since the current flow is different from the preset position, the output voltage opposite polarity.

When the output positive and negative terminals of a buck converter are reversely connected, the internal structure of the circuit is forced to change, causing the input filter capacitor to act as a circuit breaker, resulting in two to three times larger input voltage ripple. The following experiment uses a buck converter with an inductance specification of 15uH and a switching frequency of 450kHz. 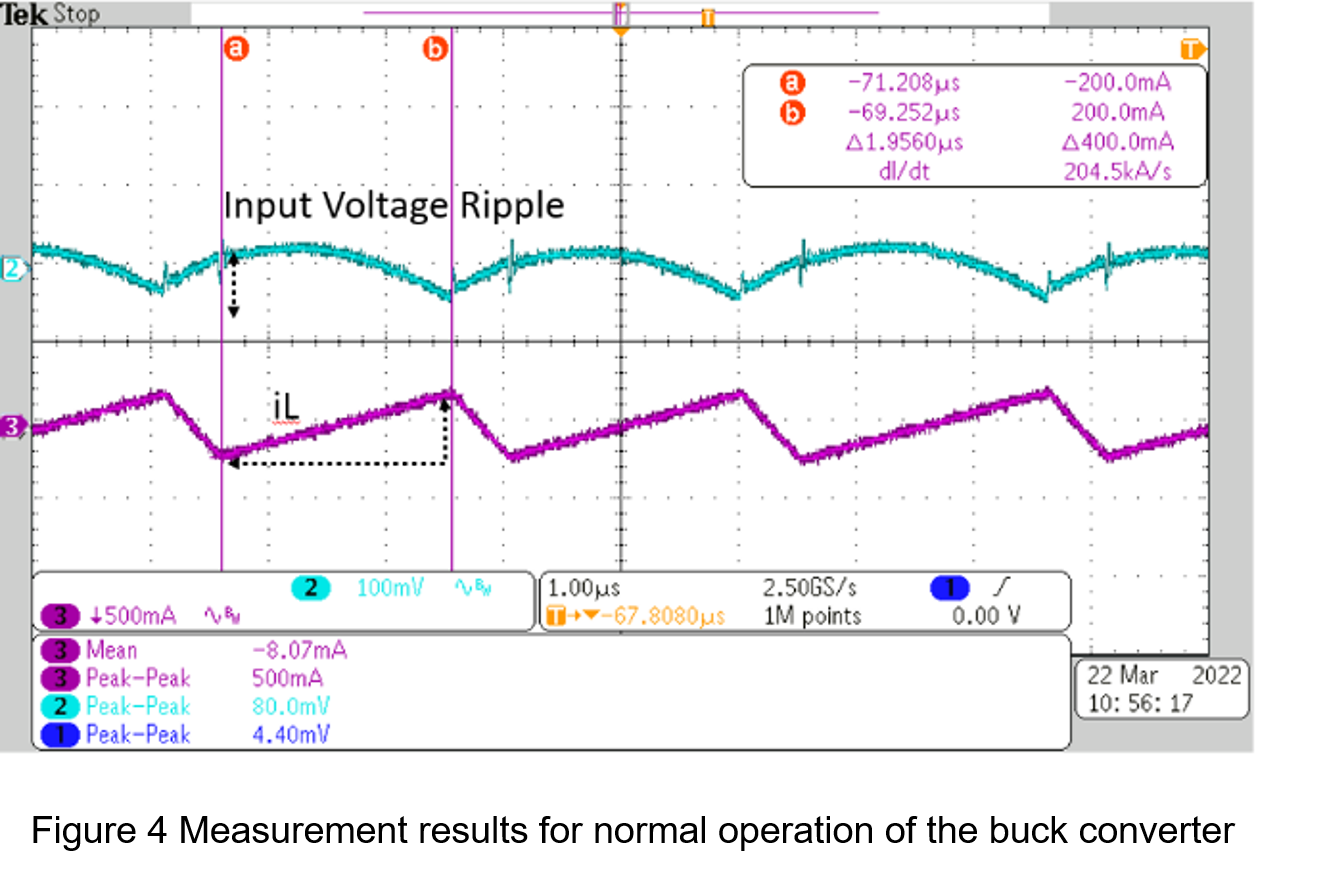 Figure 5 shows the buck converter output with positive and negative reversal and an input voltage of 15V and an output current of 0.3A, where the input peak to peak ripple voltage is 256mV. 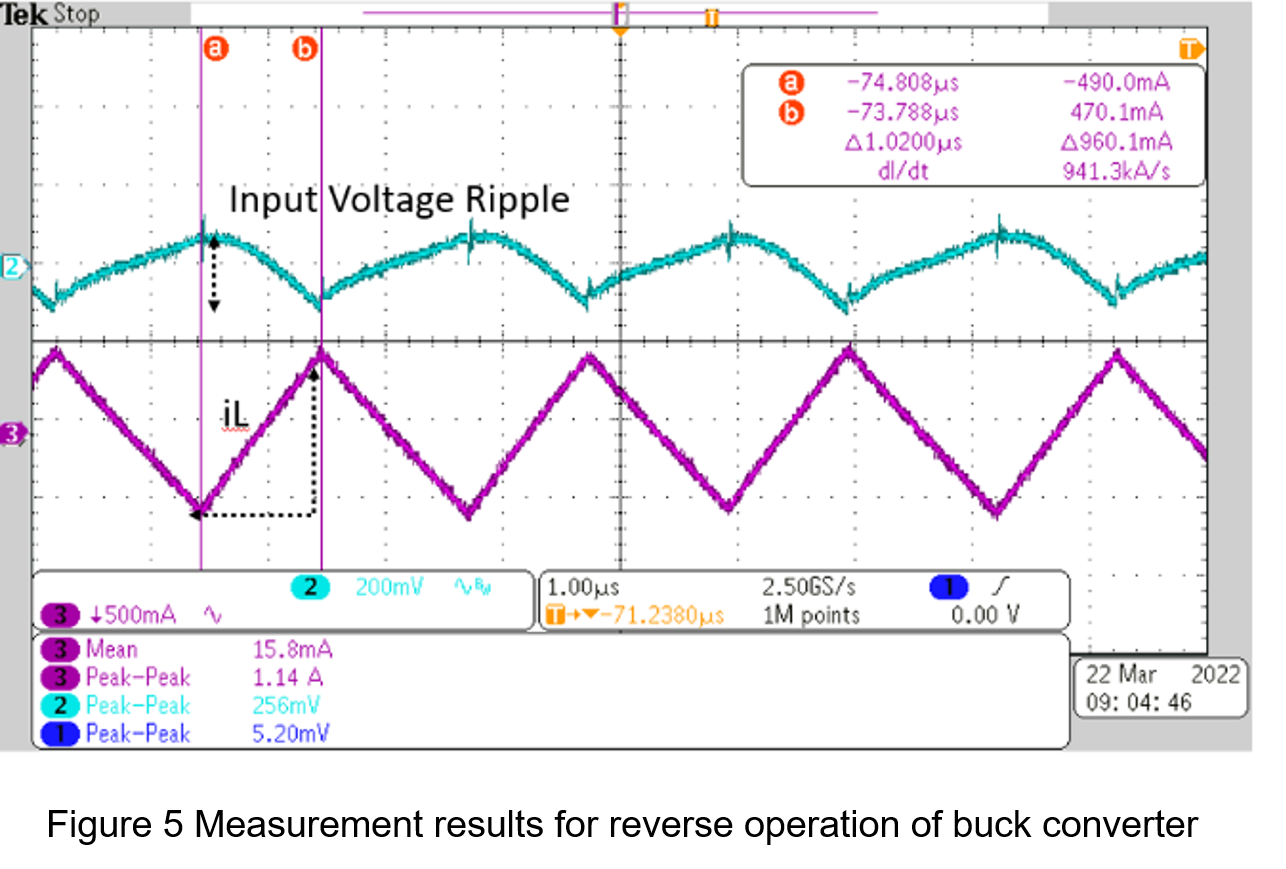 3. The Relationship between Output Voltage Range and Inductance

The above-mentioned buck converter has the characteristics of a buck-boost converter when the positive and negative terminals of the output are reversely connected, but due to the different characteristics of the two, it means that the di/dt is different when it is turned on and off. The direct conversion of a buck converter to a buck-boost converter will cause the current flowing through the inductor to be instantaneously higher, resulting in insufficient inductance to provide energy. Therefore, it is recommended to maintain the operation below half of the output load current when the reverse connection is performed, otherwise the circuit will cause resonance. The result causes the inductor current to fluctuate suddenly.

Figure 6 shows the inductor current measurement waveform for normal operation of the buck converter with an input voltage of 15V and an output load current of 0.6A, where di/dt of inductor current is 200KA/s.

Figure 7 shows the measured inductance current waveform, the di/dt is1.014M A/s for reversal operation. An input voltage of 15V and an output load current of 0.6A. 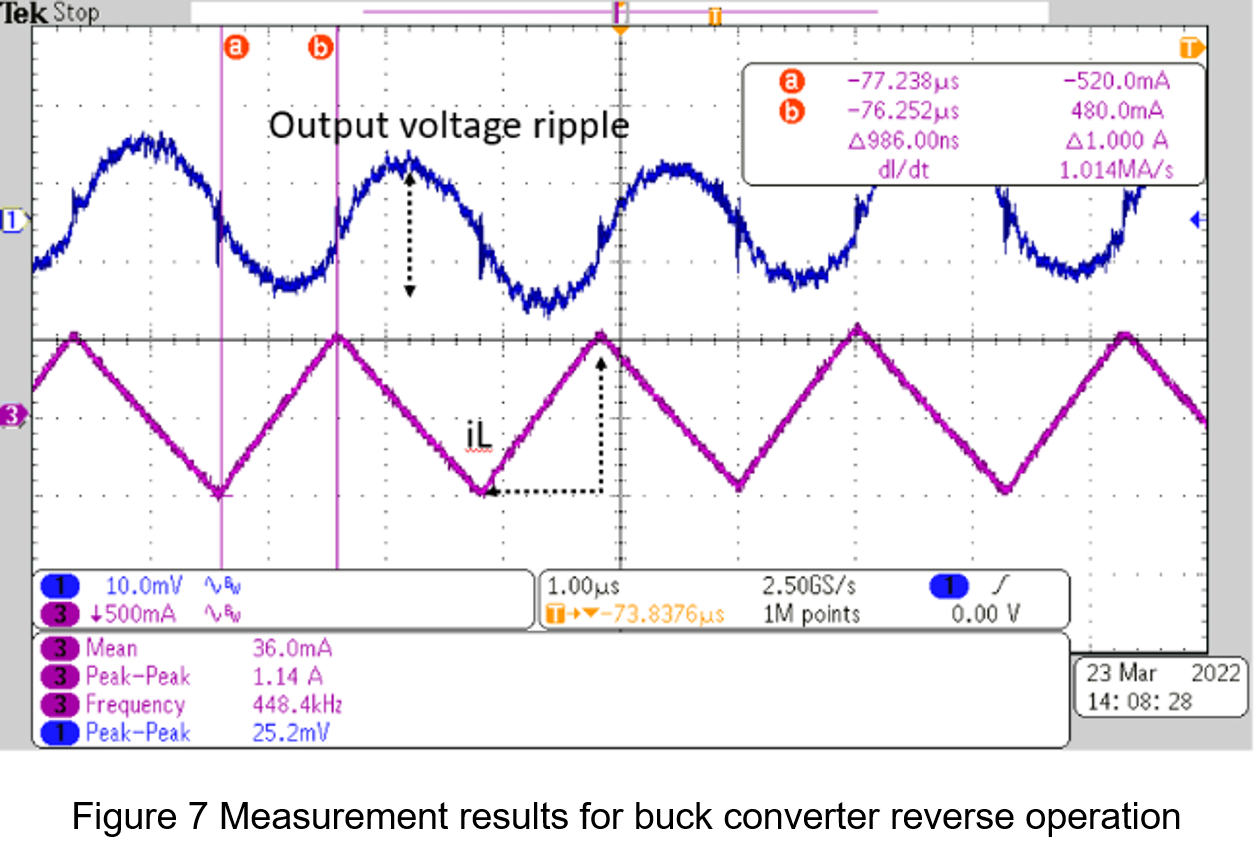 Figure 8 shows the VDS withstanding voltage of the power transistor at 33.6V for normal operation of the buck converter and input voltage of 32V. 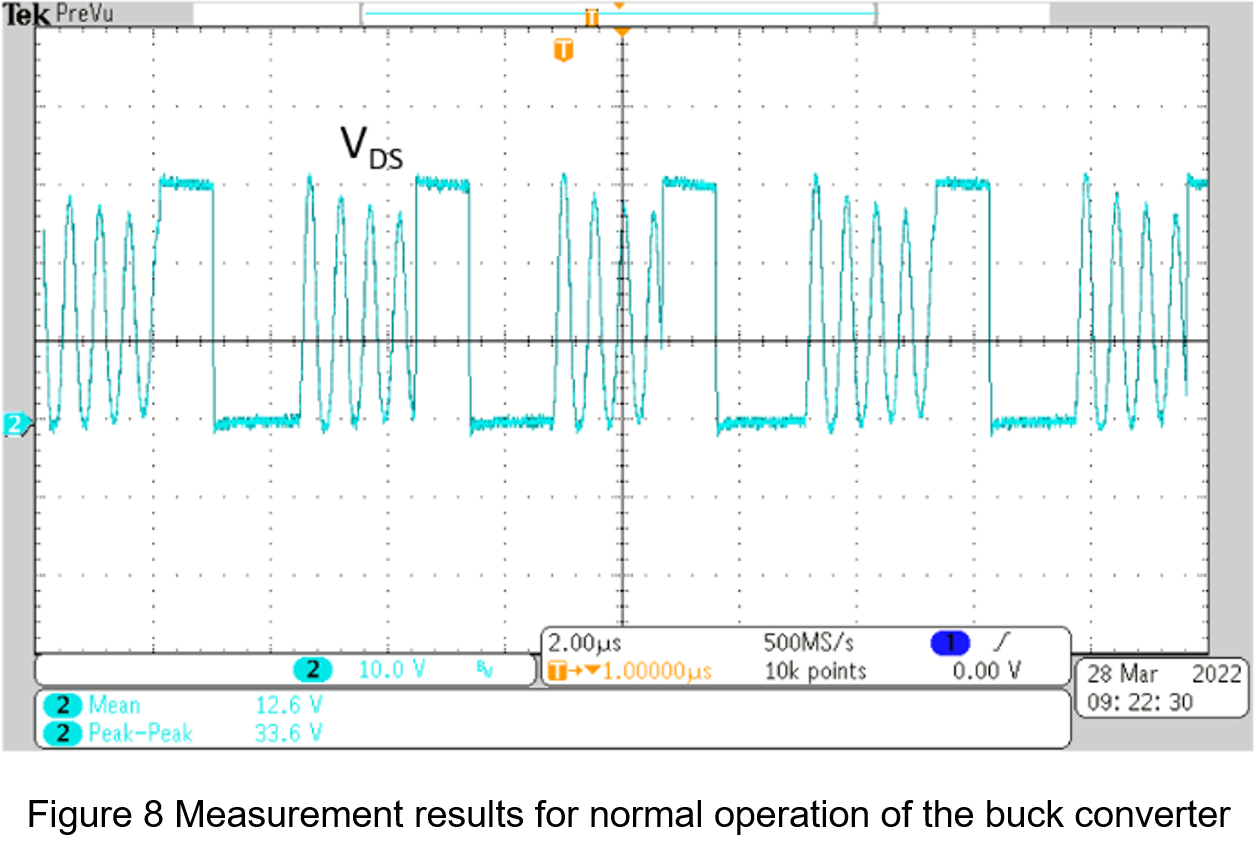 Figure 9 shows the VDS withstanding voltage of the power transistor at 36V for reversal operation of buck converter and 20V input voltage. 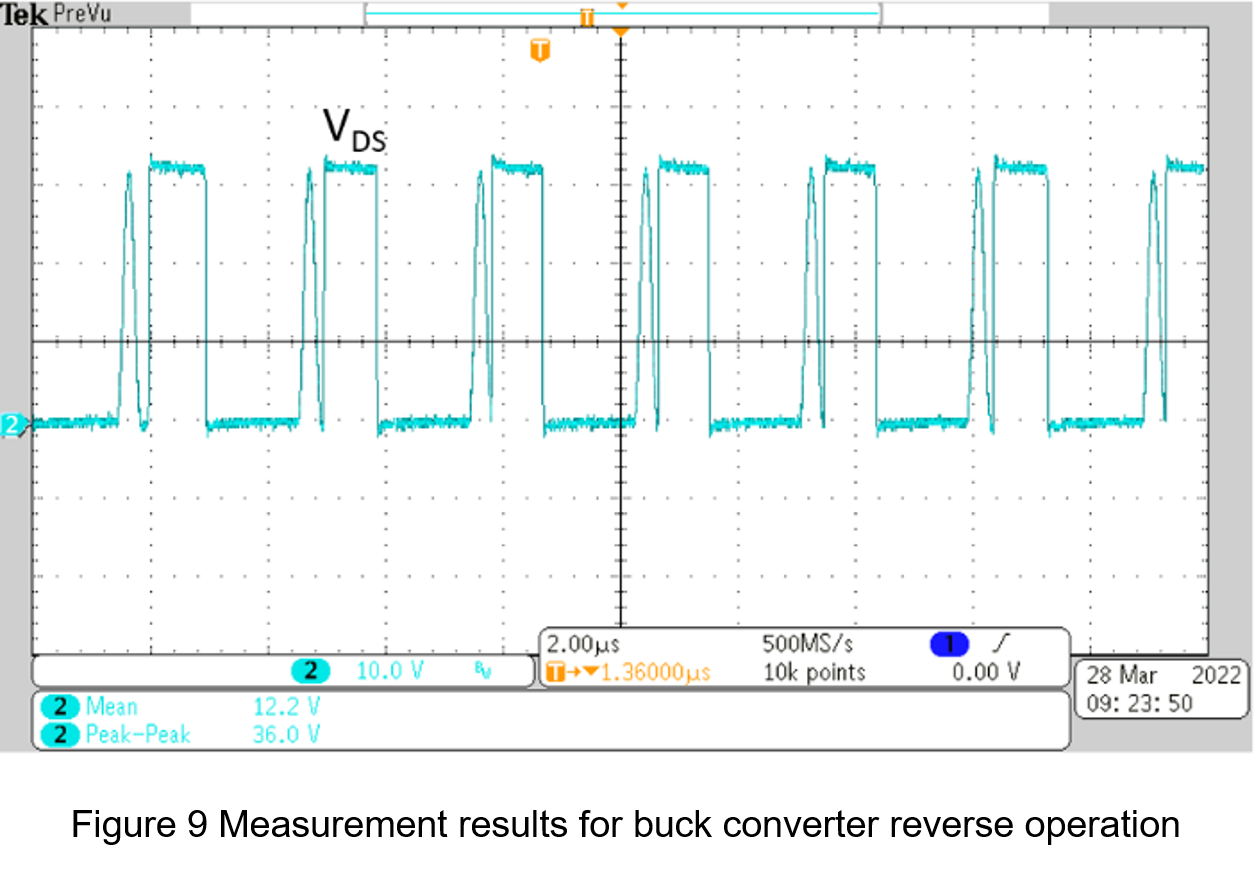 Table 1 shows the measured data for the normal operation of the buck converter.

Table 2 shows the measurement data for the buck converter output with positive and negative reversal.

It is possible to reverse the positive and negative outputs of the buck converter to produce a negative output voltage, but there are some special considerations that need to be taken into account in its use, such as the additional loss of efficiency due to the inductor current ripple, the output load current should not exceed half load and the poor conversion efficiency. Most important of all, reversing the output of a buck converter to a buck-boost converter at the same input voltage will result in the internal components being subjected to very different voltage stresses. Therefore, the operable input voltage range will be reduced depending on the actual input and output voltage settings at the time.