Home
>
News
>
Technology
>
How do I reduce the Inrush Current?
Back to top

How do I reduce the Inrush Current?

In order to reduce the input or output ripple noise or EMI noise, current power converter usually connected in parallel with capacitors or filter at the input side, as Figure 1 show. The filter usually composed of an inductor or capacitor. Because there is capacitor in the filter, when the system is initially powered, a high surge current will be generated due to the rapid rise of input voltage. Such a situation may cause the front-end power supply to be insufficient, causing the output voltage of front-end power supply insufficient, or to trigger the over current protection, resulting in no voltage output. So, the suppression of inrush current is becoming more and more important feature. 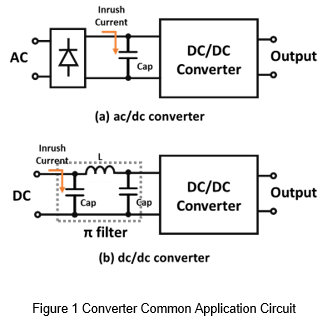 Figure 1.1 is another type of inrush current limiter circuit, which is mainly used when the application circuit needs large number of external capacitors. If there is no external current limit circuit, it will generate a large surge current when the DC bus voltage turn on, which may cause the front-end power supply voltage drop or enter protection mode. At this time, just to connected resistor and diode in series with the capacitor input side. The inrush current can be alleviated. When DC bus is charging to the capacitor through resistor, so the inrush current can be limit. However, when the DC bus needs power, the capacitor can fed the power back to the DC bus through diode. 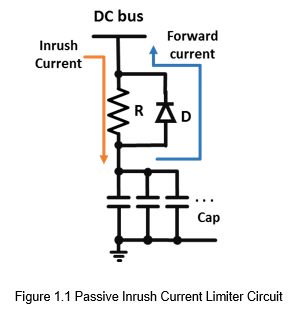 The other is to use an active switch with soft start circuit to limit the inrush current, as shown in Figure 1.2. The MOSFET turn on slowly by soft start circuit. Therefore, the inrush current can be limit during start up. The advantage is it does not affect the efficiency of the system and is not affected by the ambient temperature. The disadvantage is that it needs to connect additional circuit and the overall cost is higher.

Figure 2.1 shows the inrush current limit circuit by using P-channel MOSEFT. The P-channel turn on step basically is same with N-channel, but the voltage is opposite. In the initial stage the voltage on C1 is 0V.

The input voltage is charged to C1 through R2. Finally, the voltage on C1 is determined by dividing the voltage between R1 and R2.

The Q1 turn on status is determined by the Vgs voltage.

The MOSFET is in cutoff state, which is similar to an open circuit.

The MOSFET is in the ohmic mode. The characteristic of Vds and Id is like a resistance, and it becomes smaller as the Vgs voltage increases.

The MOSFET is in a saturation mode. Id is a fixed value and does not change with Vds. And the MOSFET turn on resistance is very low, which is suitable for switching. 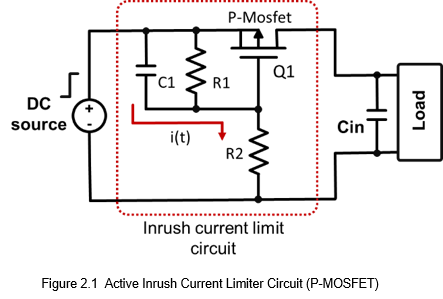 From the depiction of MOSFET's characteristic, the ohmic mode is most suitable for suppressing inrush current. As for the calculation of R1, R2, and C1, it can use the following formula：

The Figure 2.2 shows the circuit which can improve this phenomenon. The use diode and resistor connect in parallel, and connect in series with the capacitor. Can not only suppress the inrush current, also they are no easily affected by temperature changes or input power quickly opened and closed many times.

The operating principle is that when there is input voltage, the input voltage charges Cload through R1, and when the system load needs power, Cload discharges to the load through the diode. 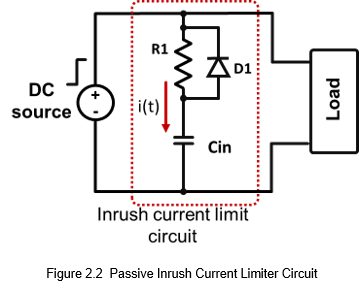 It can be seen from the figure that R1 is inversely proportional to the inrush current, so it can be calculate R1 by the following formula：

t Can be roughly regarded as a double time constant

Loss of resistance can be obtained by taking formula (6).

Make an inrush current suppression circuit according to Figure 3.1, and use the formulas (1) to (4) to calculate the circuit parameters. 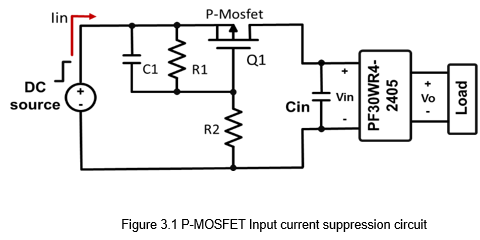 The following table shows the specifications of the DC-DC power converter used in this experiment.

Figure 3.2 is the test waveform of the P-MOSFET suppression circuit. It can be seen from the figure that the input surge current is effectively suppressed. At the same input voltage and input capacitance, the surge current is suppressed from 122 A to 4.546A. 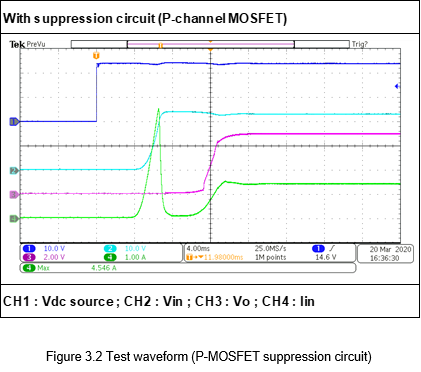 An inrush current suppression circuit is according to Figure 3.3, and the parameters are calculated in accordance with formula (6). 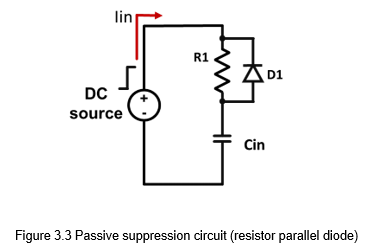 Figure 3.4 is a test waveform using a resistor and diode suppression circuit. At the same input voltage and input capacitance, the surge current of the input capacitor is suppressed at 2.386A. 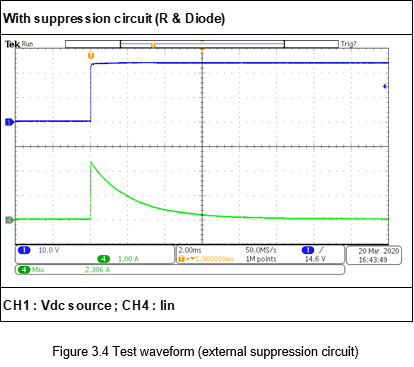 In railway applications, the input power maybe interrupted or unstable due to vibration or when the cabin is connected to each other. At this time, the power modules must maintain stable operation under such circumstances. Therefore, a common method is to connect large number of capacitors at the input side to maintain a stable output, as shown in Figure 3.5. But, lot of capacitors means high inrush current might be appeared. So, passive suppression circuit is very suitable for this. 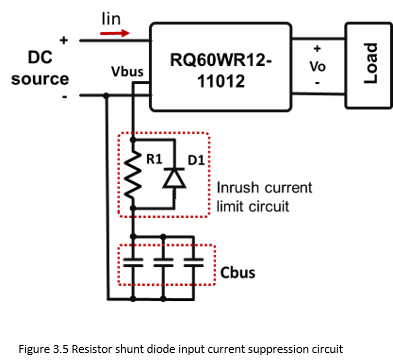 Figure 3.6 is the test waveform without external suppression circuit. From the figure, you can see that the input surge current is as high as 24.13A. 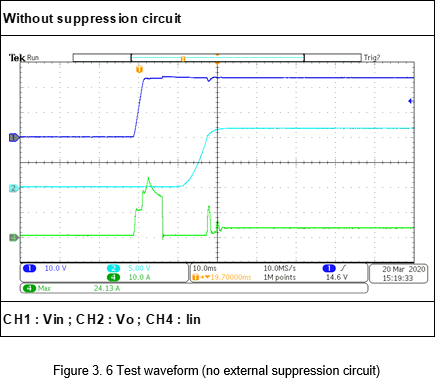 Figure 3.7 is the waveform tested by using the suppression circuit. The illustration can grind the input surge current to be effectively suppressed, leaving 9.67A. 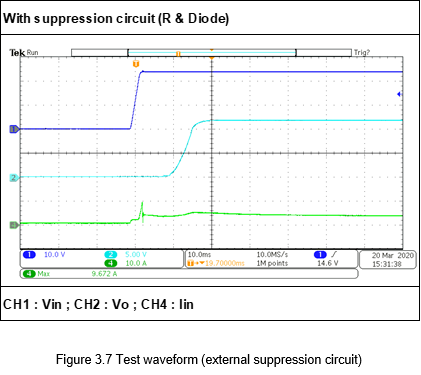